"From Bottom to Top", the Story of Tendi Sherpa 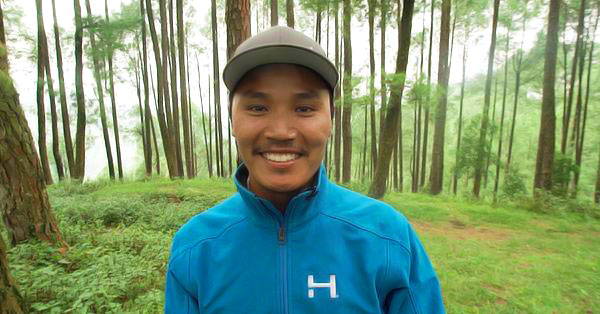 For someone who has reached the summit of Mt. Everest 10 times, Tendi Sherpa is an exceptionally grounded man. Driven not by fame or glory, his love affair with the world's tallest peaks was initially fueled by hopes of being well fed and properly clothed. At just 13 years of age, Tendi landed a job as a porter on a 24 day expedition in Annapurna region of Nepal. It was a long way from Mt. Everest and Tendi’s home village near Mt. Makalu. Lacking the proper gear or even a good pair of shoes, Tendi performed exceptionally well. He managed 95 pounds of equipment, porting it to altitudes as high as 17,000 feet.

A year later, when Tendi was only 14, he summited the 21,247-foot Mera Peak. It became clear that he was far from average, even for a climbing Sherpa. At 19, he was given his first opportunity to climb on Everest and he worked as a part of a group effort that removed roughly 2.4 tons of garbage from the mountain. Only two years later, he received an opportunity to become one of Mt. Everest’s youngest climbing guides.

Tendi further distinguished himself as capable and selfless when his climbing team’s leader was crippled by altitude sickness. Tendi was left to guide his client to the summit, alone. They eventually laid footprints at the top of the world and it was undoubtable that he had a future as a high-altitude climber.

In a subsequent year, when his client’s oxygen malfunctioned, Tendi reacted with little regard for himself and gave his own oxygen to his client before leading him down to safety.

A heart large with drive but also compassion, his acts of heroism do not end on the mountain. While Tendi himself never had the opportunity to attend school, he speaks 8 languages fluently. His personal desire to learn and his concern for Nepal’s wellbeing has Tendi raising donations for charity and education. In addition, he contributes his own money to many of the same causes. His most recent social involvements are with the United Nations World Food Program, which is still assisting some of the most heavily affected areas from the record earthquakes that struck Nepal earlier this year.

Now, Tendi is extending his passion for the outdoors with his very own gear and apparel company. In 2014, Tendi Sherpa partnered with American mountaineer, Dave Schaeffer to found HIMALI™, an outdoor brand based in Boulder, Colorado. The company’s mission is to make high performance gear for the backcountry but also to give back to the Himalayan region by supporting schools and water sanitation efforts. They successfully crowdfunded their first ever down jacket on Kickstarter in February of this year. Currently, they are back on Kickstarter with their second product, the Annapurna Softshell.